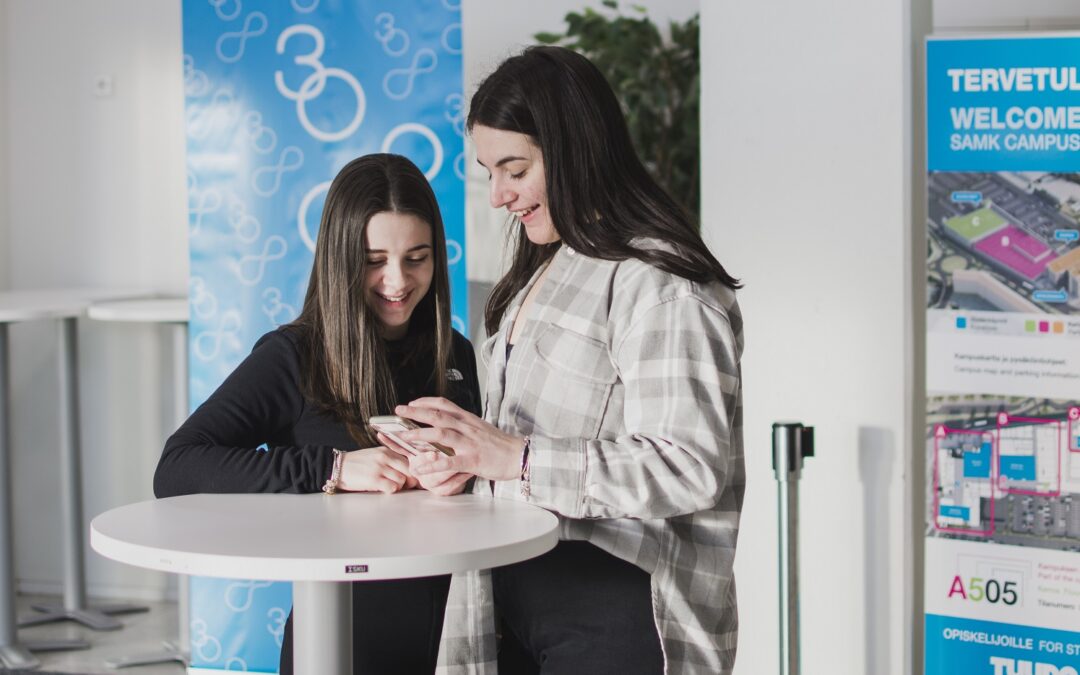 At the end of 2021, we conducted a survey for Tuudo’s users to find out about user satisfaction and the usefulness of Tuudo’s versatile services from the students’ perspective. A total of 15,760 students from all over Finland responded to the survey. On average, Tuudo’s users are very satisfied with the service and will most likely recommend it to a friend. This is evidenced by Tuudo’s high NPS, Net Promoter Score, +64, which is considered an excellent result.

Tuudo is strongly involved in the daily lives of students

When all the important services for students are found in one place, the student doesn’t always have to log in to several places to search for information. A clear majority of respondents feel that by using Tuudo they save time on a daily basis. About a third (34.6%) of respondents felt they were saving five minutes a day, while 31% thought they were saving 10 minutes a day with Tuudo.

As many as 30% of respondents feel that using Tuudo saves them as much as 15 minutes or more every day, which is a huge amount. 15 minutes a day already makes 68 hours during the school year, which means three whole days. Thus, a university student graduating in five years could save up to 14 days, meaning two weeks during their studies by using Tuudo.

What services do students use the most?

Tuudo is a very versatile entity with several useful services for students. The clear majority of respondents use Tuudo the most to check their schedule (88.3%), menus (53.2%) and academic performance (41.9%). Other features that have been found to be particularly useful include student ID, library services, student benefits, course feedback, and a map. Students use these features the most in their daily lives, but in addition to these, for example, new student info is perceived as useful at the beginning of studies. Similarly, Tuudo’s Career Paths also satisfied many respondents.

“Without Tuudo, I would be lost!”

The majority of respondents believe that Tuudo really makes a student’s daily life easier and helps them to keep up better with their studies. We received a lot of praise for making Tuudo an easy-to-use and handy tool – some, even describe Tuudo as a “lifesaver” of student life. Our goal is to provide real benefits to students from the beginning to the end of their studies, so it is great to hear that our work is paying off. We strive to meet the needs of our students as well as possible, and we welcome suggestions for improvement – so a huge thank you to everyone who responded to the survey!

Did you know that Tuudo was awarded at the annual ball of the Student Union of the University of Oulu? Read more here!