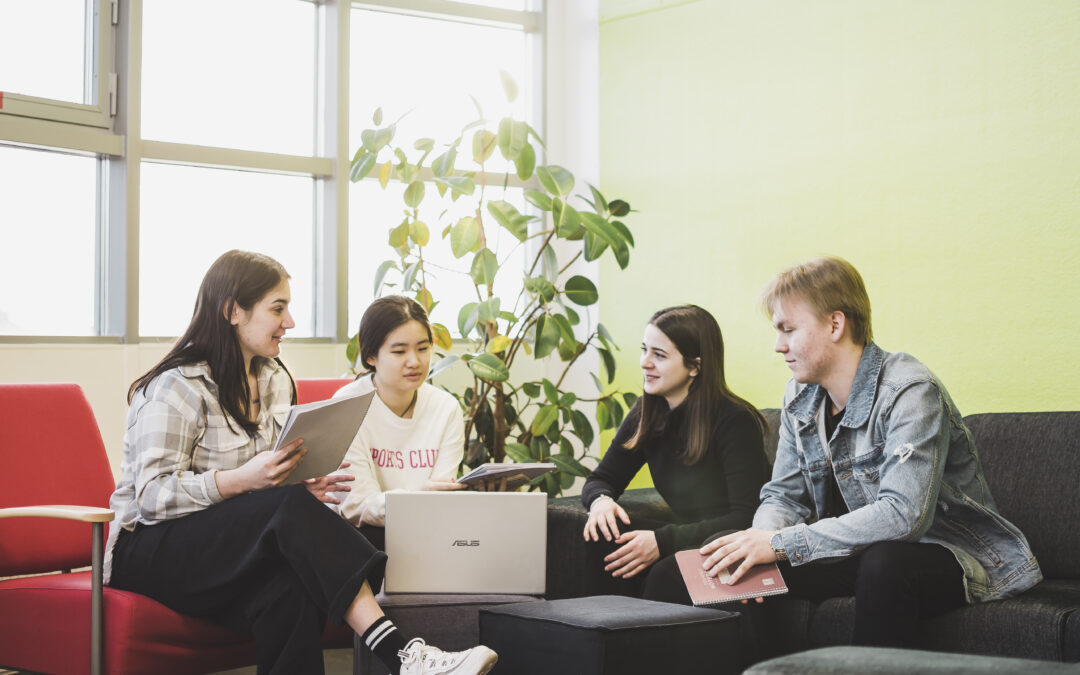 Tuudo application originated at University of Oulu with the aim of making everyday life easier for university students. Over the years, the benefits that Tuudo entails as a resource saver for both students and educational institutions and a facilitator of everyday life have convinced dozens of universities in Finland. At the beginning of 2022, Tuudo was actively used by more than 135,000 students in 25 universities and now for the first time in upper secondary level – Salpaus Further Education.

The road to cooperation with Tuudo

Salpaus Further Education is one of the largest multidisciplinary vocational institutions in Finland. During a year, about 14,000 adults and young people study at Salpaus on five campuses in Asikkala, Heinola and Lahti Salpaus employs 640 people, including teachers and other staff, who like students are encouraged for courageous learning, fair attitude and enjoying what you do.

“I was studying at Laurea University of Applied Sciences in 2019, when Tuudo was introduced there. I thought this was a handy service. It includes everything a student needs”, says Samuli Markkola, IT Coordinator for Salpaus’ Information Management Services. “I started to investigate if Tuudo could help us in Salpaus as well. We contacted Tuudo, but at that time the service was only available to universities.”

Initially, Tuudon was only introduced in universities until the idea of expansion began to sprout. The decision was finally made in 2021. Tuudo’s Business Director Jasmin Junnelin justifies Tuudo’s service expansion with experience. “We started at the University of Oulu from higher education, which was a familiar operating environment for us. After gaining experience, we found that Tuudo’s service can be extended to the upper secondary level as well.”

So, Tuudo contacted Salpaus and Markkola. The reception was positive. “At Salpaus, we mapped out what kinds of services our students needed most in their daily lives. The interviews revealed that the needs were very similar to those of the university students. However, we started discussing how hugely paper-based student IDs employ the study office.”

Nina Aven, a designer of Salpaus’ student administration services, is on the same page with Markkola. “We wanted to get rid of the paper student card to make the work of study secretaries easier. Tuudo’s digital student ID met our needs well.”

Now Salpaus students no longer have to pick up a physical student card from the study office, they only have to log in to Salpaus Tuudo with the IDs of the educational institution. Students make use of the Tuudo Student ID in the canteen among other places; before Tuudo, the physical Kela card had to be flashed in the canteen. Depending on the right to study, Tuudo Student ID also gives you other benefits, such as discounts on VR’s and Matkahuolto’s services.

Markkola’s responsibilities include continuous development of Salpaus’ information management customer service, and he was therefore interested in Tuudo. It’s nice to bring new stuff to students. We had more people involved in the discussion, and the Chief information officer realized the importance of the student ID.”

Although the Salpaus Further Education introduces Tuudo purely to improve the quality of the service, it has also benefitted from the release of important resources. “It was calculated that the manual cut-and-glue work of the study offices increased the workload drastically. Now working time has been saved for more relevant activities.”

Tuudo’s expertise in system integrations also convinced Markkola. “We were confident that the necessary integrations would be successful and would not require a huge effort on our part. The implementation has been light from our point of view and our role small. We also chose Tuudo because it allows us to provide many other services on top of a digital student ID.”

Markkola says that the cooperation with Tuudo has been excellent, and the experience has been really positive. “I have nothing to complain about. Tuudo’s staff has been truly awesome, friendly and flexible. We have dared to ask without immediately having to put more money on the table.” Aven also agrees: “Tuudo is student-friendly, easy to use and the functions are what we wanted.”

Salpaus will not remain the only upper secondary school using Tuudo. During the current year, Tuudo will also be launched at Business College Helsinki.